My thesis is meant to give you power over what your mind conjures up as “reality”. All too often, we hold beliefs that are detrimental to our well-being. However, through conditioning, resetting our expectations and finding new meaning, we can alter the narrative we find ourselves in; and bring more internal hope and peace. I’m not saying that you ought to make up or pretend that reality is different so that you will be happier. Rather, every (real) experience, (real) belief and (real) worldview can be re-interpreted and re-contextualized so as to bring out of the dark shadows: wisdom, joy and gratitude. My contention is that our reality is akin to a placebo pill: we put our power into a reality that conditions us, gives us an expectation of our future, and provides meaning.

Your Reality is the Placebo

Let’s just dive right into my argument … Your reality functions as a placebo effect that conditions you to accept a belief as worth pursuing, followed by an expectation that it will produce the same future results based on the heightened positive results experienced in the past, thus solidifying it as meaningful belief that is worth embodying as true.

We commonly think of a placebo as pill or injection used to trick people into believing something that isn’t true. Thus, we reduce it to simply a trick. What is often left out of the conversation is that when the patient takes the pill, if they truly believe in the supposed outcome, there can in fact be physiological and psychological changes that move the patient towards the presumed outcome. In other words, the patient creates a reality based on the belief that the pill will work. To minimize it as only a trick or delusion is to ignore the objective evidence that the placebo effect can work. Before moving on, allow me to explain in greater detail just how the placebo works.

The Elements of the Placebo

The placebo effect has three vital elements: conditioning, expectation and meaning. First, if a person keeps taking the same substance, his brain keeps firing the same circuits in the same way – in effect, memorizing what the substance does. The person can easily become conditioned to the effect of a pill or injection from associating it with a familiar internal change from past experience. Because of this kind of conditioning, when the person then takes the placebo, the same hardwired circuits will fire as when they took the drug. As associative memory elicits a subconscious program that makes a connection between the pill or injection and the hormonal change in the body, and then the program automatically signals the body to make the related chemicals found in the drug. 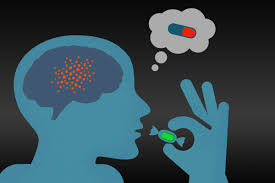 Lastly, the process of expectation elevates the meaning of the experience by which you consciously marry your thoughts and intentions with a heightened state of emotions, such as joy or gratitude. Once you embrace that new emotion and you get more excited, you’re bating your body in the neurochemistry that would be present if that future event were actually happening. It could be suggested that you’re giving your body a taste of future experiences. Your brain and body don’t know the difference between having an actual experience in your life and just thinking about the experience – neurochemically, it’s the same. So the brain and body begin to believe they’re actually in the new experience in the present moment. Quite simply, the conscious mind merges with the subconscious mind. Once the placebo patient accepts a thought as reality, and then emotionally believes and trusts in the end result, the next thing that happens is a change in their psychology and physiology.

My contention is that by connecting the placebo effect with the beliefs we hold, we can thus uncover the architecture of belief. We can define belief as trust and confidence in the acceptance that a statement or concept is true or exists. While belief consists of many trivial things (i.e. I’m typing on a laptop right now, and, I believe I am wearing a gray shirt, etc.), for the sake of brevity I will focus on the concepts that deal with life’s deepest existential questions such as: why should I not kill myself, and what is my highest aim on this planet? To answer these questions requires some kind of a belief-system that offers explanations or guidance.

The beliefs we hold, concerning one’s existential condition in the universe, follows the pattern of the placebo effect just mentioned: conditioning, expectation and meaning. The two examples I will simultaneously use to demonstrate this claim will be identified as (1) and (2), and explained as such:

(2) the secular belief/goal in the pursuit of human flourishing provides gratitude in working together for a common good.

Both (1) and (2) conditions the person to the experiential effects in holding (1) and (2). The effects are varied but not limited to:

-Feeling of hope and purpose with life

-Feeling of intentionality with life

-Positive feeling in having a plan/perspective to life’s challenges

It’s important to note that these feelings impact the neurochemistry of its adherents with hormonal changes that effect one’s physiology. As evidence of this claim, simply think of the emotions that rise when you think about how someone you care deeply for went out of their way to help you when you needed it most. The pleasant hit of dopamine in your brain is much different from the stress hormones of cortisol released when your flight/fight reflexes kick in. In essence, you get conditioned to accept that this is, well, good! The conditioning is further solidified in the environment when you surround yourself in a community of other fellow adherents, thus reinforcing that this belief is worthy of pursuing.

The expectation of (1) and (2) is grounded in the mental rehearsal in past experiences that creates the future reality that you will indeed receive the same dose of joy, security, hope, etc. Now (1) and (2) gain anticipatory feelings that look like, for example, (A) resting in God’s love will give me peace, and (B) a deep concern for the well-being of others will bring me happiness. Thus, expectation in now grounded in one’s psyche. The end result is that the conditioning and expectation gives the belief meaning. Now, the belief is concretized and justified as a noble pursuit.

Just as the patient gives power to the external agent (the pill), you and I give power to beliefs. The power we give to the pill or belief will mold our reality. This is crucial when it comes to worldviews that we adopt to help guide us through life’s most perplexing existential questions. For example, hope and gratitude, at an existential stratum, are two psychological pillars of emotionality that – at a fundamental level – keep one from killing oneself. Hope gives the good, bad and the ugly a positive, optimistic or guiding context. Gratitude gives us the attitude and disposition for all of the good, bad and ugly.

Moreover, the psychological benefits of hope and gratitude prove to be the placebo that dampens the dread of death and tragedy, so much so, that religious people call it by another name: the justice of God. The justice of God is a conceptual placebo packed with propositions that has morphed throughout history to give man a “why?” to the most difficult questions. Therefore, the justice of God helps the religious person psychologically posture themselves before, during and after tragedy strikes, with the presupposition that whatever happens – no matter how bad – is part of God’s perfect and good plan.

Even secular man tackles the “why?” with other placebos that are, like the justice of God, rooted in hope and gratitude that are purely conceptual. For example, hope in leaving behind an altruistic legacy and hope in the progress of compassion and love. All of this with an attitude of gratitude that civilization has astonishingly blossomed from hominoids all the way to vast democracies where people cooperate and flourish. Herein lies the placebo of hope and gratitude, that function as the scaffolding and architecture of the reality we create. This is what gives belief power and meaning to life’s deepest existential questions.

Your reality functions as a placebo effect that conditions you to accept a belief as worth pursuing, followed by an expectation that it will produce the same future results based on the heightened positive results experienced in the past, thus solidifying it as meaningful belief that is worth embodying as true.

Just like a patient given a placebo pill who places their power in the external object (the pill) to bring about change, there is an internal placebo (e.g. beliefs/reality) that we give power to, that brings epigenetic changes. The internal placebo is the power we give to beliefs through conditioning, expectations and meaning. The power we give to beliefs change our physiological and psychological disposition.

My thesis is meant to give you power over what your mind conjures up as “reality”. All too often, we hold beliefs that are detrimental to our well-being. However, through conditioning, resetting our expectations and finding new meaning, we can alter the narrative we find ourselves in; and bring more internal hope and peace. I’m not saying that you ought to make up or pretend that reality is different so that you will be happier. Rather, every experience, belief and worldview can be re-interpreted and re-contextualized so as to bring out of the dark shadows: wisdom, joy and gratitude. My contention is that our reality is akin to a placebo pill: we put our power into a reality that conditions us, gives us an expectation of our future, and provides meaning. 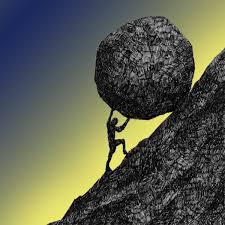 It’s here that I can imagine someone quoting some positive psychology of “The Secret” that basically says: dream it and it will come true. Again, my argument is not centered on dreaming up your reality, or, faking it till you make it. Rather, it’s recognizing that our lives function as a story, and we are the lead actor in our life-long drama. And the way that we interpret our life depends on the beliefs and worldviews we hold dear. We alone are the one’s who give power to those beliefs and worldviews, just like the patient who gives power to the placebo pill. Moreover, the beauty of the placebo reality is that it can really change our psyche and physiology, thus improving our well-being.

I can also hear the secular person saying, “but at least my naturalistic worldview is more real than the religionist worldview.” By this, I presume he is meaning that the naturalistic worldview is more ‘objectively real’ than most (or all) religions. This, however, is a reductionistic argument on the part of the secular person, for it presumes that what is real is that which can only be objectively demonstrated. My claim is that reality has innumerable layers that lay subterranean beneath that which can be only falsifiable or testable.

For instance, we can say that the numbers 9 and 11 are objectively real – timeless symbols that are part of a mathematical system. However, they are so much more than that. One layer deeper, and we form a calendar whereby 9 stands for September and 11 stands for the days in September. A layer deeper than that triggers emotions of sadness, for it symbolizes tragic loss. Moreover, a layer under that is a shift in perception of “ground zero” in New York, and terrorism in general, since it hit so close to home. On the other hand, I have a friend who’s birthday is on September 11, so for her, her reality of those numbers are not all sad. My point is that “reality” is a multi-varied metaphor that is not necessarily objective, rather, it is subjectively experienced.